Erskine Stewart’s Melville Former Pupils Hockey Club was founded in 1987 by schoolboy David Maxwell after the suggestion by Richard “Happs Snr” Happer. In August 1987 the Club entered East District Division 5, with a team composed of, amongst others, Craig Watson, Andy Melrose, Jim Milne, Guy Thorley, Jim McKenna, Masood Ali, Nigel Bathgate and Happs Snr. For the first few seasons schoolboys would top up numbers until some of them, too, became FPs.

The first tour was to Newcastle in 1991 (The Meanest Tour), playing Newcastle University and Newcastle Polytechnic. This was followed by tours to Oxford (1992 – The Mirlingoes Tour), Dublin (1993 and 1994 – the Hochmagandy and Corky Tours) and in 1996 the men visited Amsterdam and Brussels on the Cahoutchie Tour. You can see from the photo that not only were the men blessed with hockey skills, but 90s style too. 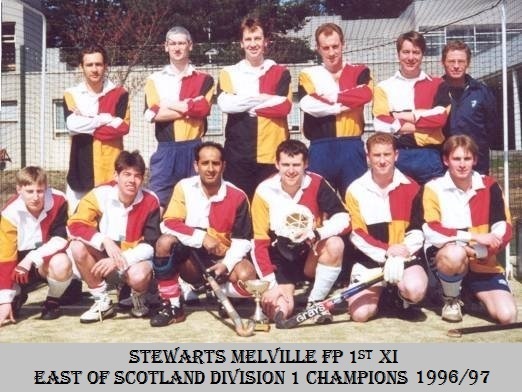 In 2000, the Stewart’s Melville team was joined by another team, with some Mary Erskine FPs entering a team in the East District Division 3 captained by Alison Forrester Smith.  In 2002 they were promoted to Division 2.

The Ladies 1s climbed up through the District divisions, winning East 1 in 2005/2006 and being promoted to the Premier League and then winning the Scottish District Cup in 2008.

The 2003/2004 season saw the introduction of the Ladies 2s, who climbed up the district leagues, with three promotions in three years.

The Ladies 1s were promoted to National League Division 2 from National 3 in 2011, following two seasons there. 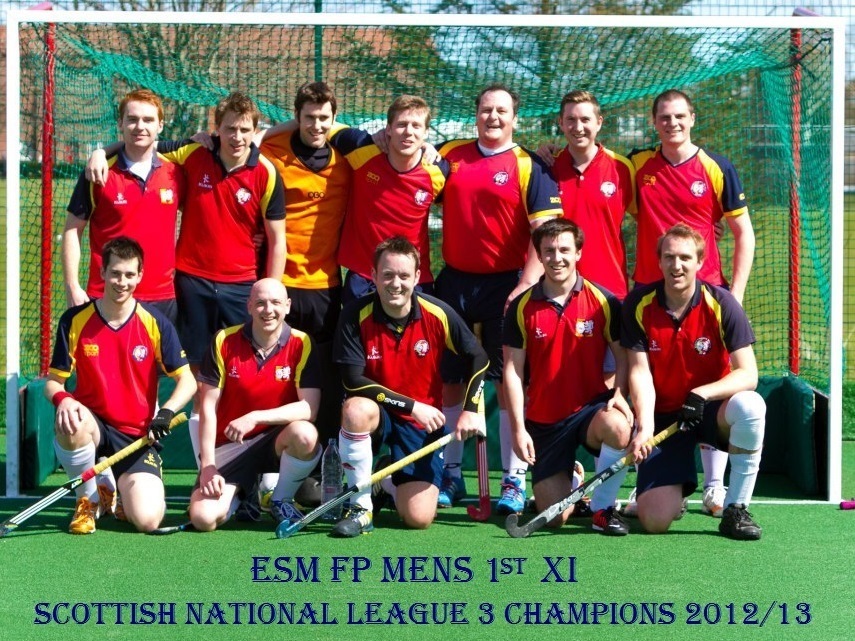 The Ladies 1s won the Scottish Plate in 2013 and the Ladies 2s were the East Premier League Champions the following year.